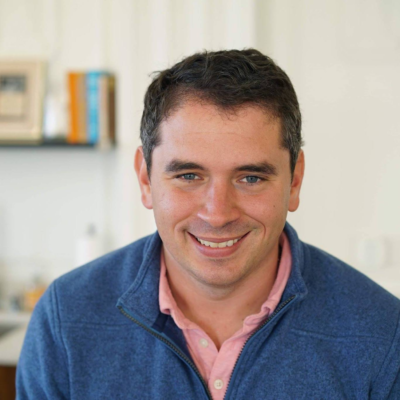 Nation Hahn, who serves as the director of growth for EducationNC, has expertise in design thinking, communications, public policy, and politics. At EdNC, Nation helps drive the postsecondary and community college coverage, including the Awake58 weekly newsletter and Twitter account.

Hahn works on fundraising and partnership efforts, iterating an investment strategy that combines a theory of change, leadership development, and force amplification through “go and see” opportunities for philanthropists and policymakers to build relationships with community college and local leaders.   Nation leads a responsive innovation strategy for EdNC, including audience growth and engagement. The Reach NC Voices project, which connects people to policy and policy to people across NC, launched in 2017 with a $1.5 million investment from Blue Cross NC. Reach is a suite of tools to build diverse audiences, including surveying, texting, and live events. Reach is used by nonprofits across North Carolina and media outlets across the country. He loves experimenting with new storytelling formats to foster engagement.   Nation serves his community as a board member of the Jamie Kirk Hahn Fund, named after his late wife. He has also served on the boards of the Inter-Faith Food Shuttle, the North Carolina Community Development Initiative, the Hope Center at Pullen, and the Raleigh-Wake Partnership to End and Prevent Homelessness.

He serves his industry through participation in the year-long 2019 Media Transformation Challenge at the Shorenstein Center at Harvard, coaches other outlets through the American Press Institute Table Stakes program, served as an Aspen Ideas Fest Fellow and as a member of the Z. Smith Reynolds Community Leadership Council. He was named to the Triangle Business Journal’s 40 under 40 list in 2017.

He loves his dog, Teddy, and he was especially proud to be named Southerner of the Year by Southern Living magazine.