This op-ed was published in the Raleigh News and Observer and Charlotte Observer on October 13, 2019. 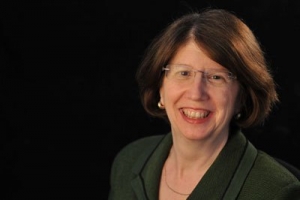 Our state has enjoyed broad bipartisan support for early childhood investments – recognizing that the foundation for future learning, health and well-being is built during children’s earliest years. But the proof is in what we do, not what we say.

Children’s healthy development does not happen by accident. Every day, adults make decisions that impact young children across North Carolina: they shape the experiences and environments in which our children learn, live, and grow. And besidesfamilies and caregivers, elected officials are among the most powerful adults in the lives of North Carolina’s children – creating budgets and policies that can help to build a strong foundation for our children.

Our General Assembly represents 1.1 million young children under the age of nine. We depend on our elected officials to represent those who don’t have a seat – or a high-chair—at the table.

In a year with an over $900 million budget surplus, we have the means to make wise investments in our young children that guarantee immense returns. There is still time for our General Assembly to take meaningful action by investing in early childhood and the future of our state.

First, we call on our General Assembly to expand Medicaid – at no cost to individual taxpayers – to provide regular access to healthcare for 500,000 North Carolinians, many of them parents or educators of young children. Over 300 studies show that expanding Medicaid leads to better outcomes for children and their families. Medicaid expansion states have lower rates of infant mortality and an even greater decline in rates for African American births, more preventive health care visits for children, and even reduced rates of child maltreatment.

Second, we call on our General Assembly to use the budget-making process to increase funding for early childhood education subsidies for working families, invest more in our Smart Start network, and provide a meaningful increase in rates and slots for our NC Pre-K program. Each of these investments are proven strategies to improve young children’s health, well-being, and early learning.

Third, we call on our General Assembly to pass SB212, which would raise basic standards and provide scholarships and financial supports for early childhood teachers and programs – in turn, better preparing young children for success in school and beyond. This language passed unanimously in the House twice but is currently held up in Conference Committee waiting for action.

All of these actions would go a long way toward advancing the goals of North Carolina’s Early Childhood Action Plan, which has garnered broad statewide support. Released in February 2019, the Plan sets bold but achievable goals for the well-being of our children and our state, from disparities in our rates of infant mortality, to access to high quality health care and affordable early childhood education. It is up to all of us to take action.

The young children of North Carolina are our worth our investment. They are our future workforce, our future caretakers and our future problem-solvers. It will be up to them to drive North Carolina’s future prosperity – and it is on us today to set them up for success. Will the General Assembly answer our call for action now and do what’s right for our children and our state?